What Are HVAC Enthalpy & Dry Bulb – Part I 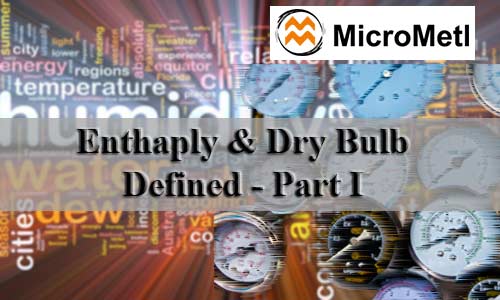 One of the most frequently asked questions to our customers purchasing HVAC equipment requiring controls is “Do you want Enthalpy or Dry Bulb Sensors?”

I’d like to explain Enthalpy & Dry Bulb Sensors, and their differences, without getting overly technical, or having to explain how to understand the functionality of a psychometric chart.

Unfortunately, I must define some atmospheric elements which should be understood prior to defining the meaning of Enthalpy & Dry Bulb. 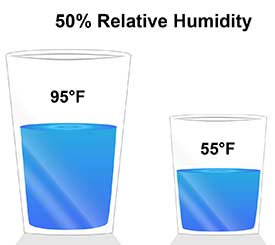 It is called “Dry Bulb” because the air temperature is indicated by a thermometer not affected by the moisture or humidity in the air.

Imagine a standard temperature probe in an air duct measuring the temperature of the air (Measuring Dry Bulb Temperature). 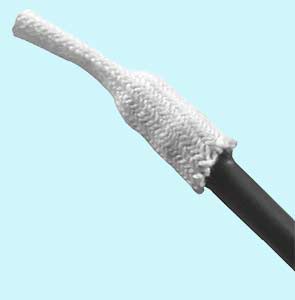 I rip off a small section of a t-shirt, saturate it with water, and wrap it around the probe. By placing the wet material over the temperature probe, I am simulating 100% Relative Humidity for that temperature – Saturation. As the air passes over the probe, the air will evaporate only the percentage of water equal to the water (humidity) in the air stream. The wet bulb temperature will always be equal to or lower than the actual temperature. Once the wet bulb temperature stabilizes, I can determine the percentage of Relative Humidity.

Compare a Wet Bulb temperature reading to the temperature you feel when your skin is wet and is exposed to moving air. Additionally, perspiration allows the body to experience wet-bulb temperature.

If the air in the duct is low in humidity, moisture from the saturated material wrapped over the temperature probe will be removed more quickly than if the air is saturated with moisture (high humidity).

Enthalpy & Dry Bulb… Which Should You Use?

There are many strategies which can be employed allowing you to make the best educated decision for each type. The next article will delve into practical HVAC applications using Enthalpy & Dry Bulb sensors.