The general purpose of an HVAC Outdoor Air Hood is to allow outside air into the HVAC Rooftop Unit (RTU) while preventing rain and other outside elements from entering. I state general purpose, because not all HVAC Hoods serve that purpose.

Specifically, MicroMetl offers two types of optional of Air Hoods; One is the Barometric Hood, relieving air due to building pressurization, and the other is an Outside Air Hood designed to control the quantity of outside air introduced into the RTU, often substituted for an Economizer.

The Definition of Barmetric Pressure is: A value of standard or normal atmospheric pressure, equivalent to the pressure exerted by a column of mercury 29.92 in. (760 mm) high, or 1013 millibars (101.3 kilopascals).

Additionally, they can be used in place of exhaust hoods installed directly onto the RTU allowing air to escape when the RTU fan is running.

Whether a barometric hood is installed on a horizontal return air duct, or in a panel near the RTU return air duct, not only will it relieve building pressure, but prevent air from entering into the unit when the RTU is not operational.

Two optional outside air hoods are commercially available, one utilizes a manually adjustable damper, and the other a motorized damper. Similar to the previous Barometric Hood example, these hoods can be installed on a horizontal supply duct, or in place of the Outside Air Hood on the RTU. 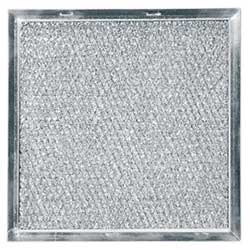 The Aluminum Filter presents little resistance to incoming air, and acts as a “Pre-Filter” to the filter rack installed inside the RTU. Aluminum air filters deter mists from rain, and can be a deterrent to small creatures & birds from entering the RTU.

Manual Damper Hoods – Manual damper hoods are often installed as a low cost substitute for an economizer. The idea is to manually set the blade located inside the hood to restrict the opening by introducing Static Pressure, thereby balancing the outside air with the return air entering the RTU. 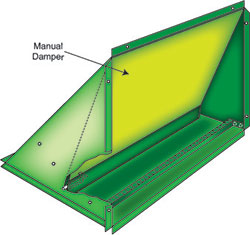 The drawback to a manual damper is that it is open 24 hours a day, 365 days a year. Therefore they introduce outside air during occupied and unoccupied modes increasing the load on the rooftop unit.

Additionally, should a fire occur, the open damper does not shutoff the outside air supply, which may cause a fire to accelerate at a slightly faster rate.

If the RTU fan is off, and other factors such as bathroom fans or other exhaust fans are introduced, the negative pressure will cause air to be drawn into the building through the open hood introducing cold drafts, or heat & humidity complaints from some occupants. 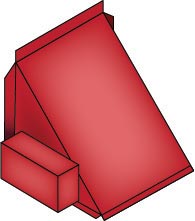 The motorized damper is coupled to an actuator, and designed to open when the RTU fan is running, and close when the fan is off.

The advantage of the motorized damper is that the outside air is no longer a factor once the RTU fan is cycled off.

If a Timer, CO2 Sensor or Smoke Detector is placed in series on the 24 volt source between the fan (“G” on the Thermostat) and actuator, you could close the damper during “Unoccupied” hours, or allow the damper to only introduce outside air during “On-Demand Occupancy.”

In Place Of A Economizer

Economizers have many benefits over hoods. They modulate outside air according to outside environmental conditions. 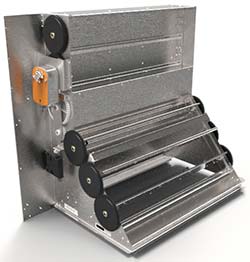 Economizers prevent outside air from affecting the RTU load during unoccupied hours, and they allow Free Cooling. Additionally, many of the new codes such as California’s Title 24 Code require economizers.

Economizers require a higher upfront investment, but when coupled to controllers similar to the Honeywell 7220 JADE Controller, a significant energy savings will offer a better return on investment, and is always the better choice over hoods.